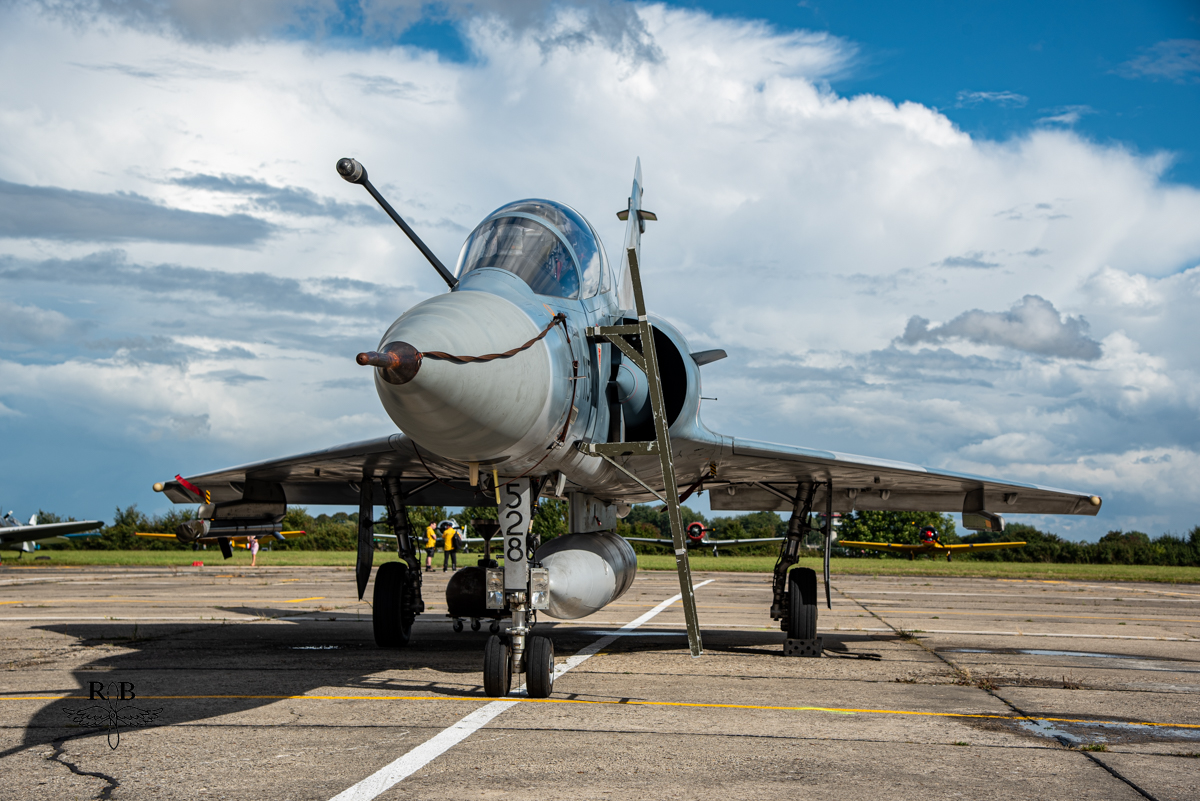 The comparison was on everyone’s mind for aviation enthusiasts. Was Air Légend going to become the French “Duxford”? With this 3rd edition, doubt is no longer allowed. Yes, Air Légend has become the essential passage for enthusiasts.

Like other major European meetings, Air Légend builds edition after edition which makes its trademark. It is a mix between the Flying Legends for the number and diversity of warbirds and the big French meetings with headliners such as the Patrouille de France, the EVAA, etc.

This year, the Pacific War headlined the 80th anniversary of the attack on Pearl Harbor. The organizers succeeded in the challenge of bringing together on tarmac 3 Corsair. This is almost all Corsair flying in Europe. You have to go back many years to see such a gathering.

The Pacific was also mentioned with the only CAC Boomerang in flying condition in the northern hemisphere. This small fighter, inspired by the North American T-6, allowed the defense of the Australian skies.

Another challenge for the organizers, was to captivate the public throughout the day. For this the challenge was just as successful with a reactive and well-done organization. Despite difficult weather the day before the meeting that had made the car park impassable, the organizers managed the tour de force of bringing buses to transport the public from a dry car park a few hundred meters away.

Upon arrival the public is put in the mood from the entrance. The arrival on the tarmac gives the magnitude of the program. The static is open in the morning and allows everyone to walk between the planes. We can admire a bed of planes all more gleaming than the others

Just in front of the static, the hangar of the Association of Mechanics Pilots of Old Aircraft (AMPAA) houses their latest restorations and ongoing construction sites. Only one regret, access to the interior, for security reasons, is forbidden to the public.

the show is not only in the air thanks to the reconstituting camps. An opportunity to travel from a camp of G.I somewhere on the side of Vella la Cava to the facilities of a Luftwaffe detachment in the Russian steppes.

Once well installed, as close as possible to barriers for enthusiasts or on the large lawn for families who come to admire the show, the show can begin.

The in-flight presentations were an opportunity to admire unprecedented patrols in the French sky. Spectators were able to admire a patrol of 3 Corsairs in flight, the superb team of Ultimate Fighters who managed to gather in flight the greatest icons of the warbirds (P-47, P-51, Me109/Buchon and Spitfire). On the occasion of the 75th anniversary of the publication of The Little Prince of Saint Exupéry, a duo between the mythical P-38 and the Patrouille de France shone in the Parisian sky.

The presentations of the ambassadors of the Air Force and Space won the hearts of onlookers whether it was the Gusto Tactical Display, the A400M Tactical display or the EVAA (Aerobatic Team of the Air Force).

A simulated aerial combat or the reconstruction of the Tora-Torah in the Hawaiian sky also animated the program. In the end, the dynamic set was so complete and varied that we offer you, rather than a prévert list, to enjoy a moment of poetry and admire in photo these best moments.