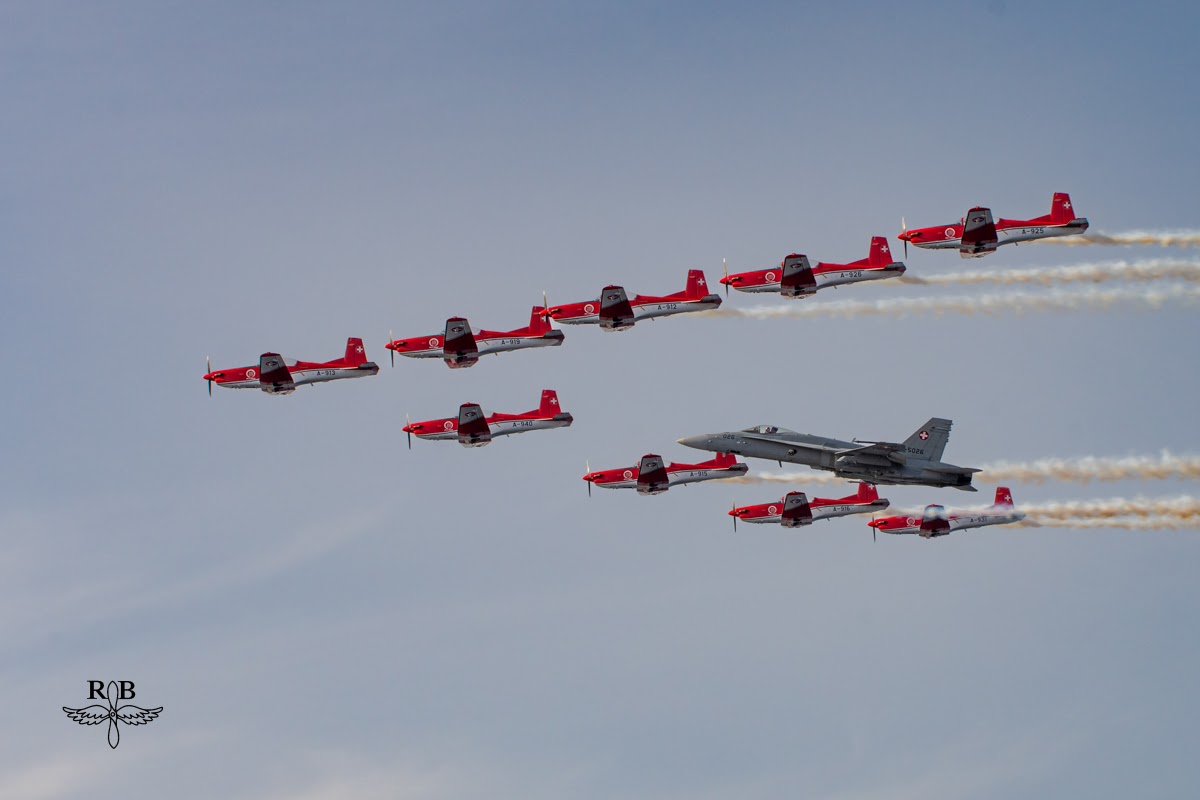 If there is one place where aviation holds a great place in its history, it is undoubtedly Malta. A veritable aircraft carrier in the middle of the Mediterranean, Malta suffered numerous bombings during the Second World War by the Luftwaffe and the Regia Aeronautica. In each town and village you can visit the many air shelters built deep within the rock. Here again we dedicate a real devotion to these famous three Gladiator (Faith, Hope and Charity) who defended the island while waiting for reinforcements.

It is in this auspicious atmosphere that the Malta International Airshow has been taking place since 1993. The last one was held in 2017, the meeting having canceled in 2018 and 2019 due to lack of funds and in 2020 due to covid. It is organised by the Malta Aviation Society. It is a non-profit association founded in 1971. It now has about 150 members

The Malta International Airshow has the distinction of being held in two distinct locations. The static is held at Malta International Airport (ICAO code LMML) located in the south of the island. The dynamic part is located in the bay of Saint Paul, on the southeast coast of the island. It is therefore a two-part meeting that takes place at the end of September. The static is open in the morning and the dynamic part starts in the early afternoon.

If only about twenty kilometers separate them, it is necessary to plan a good hour of beating between the two places. Indeed, if the entrance on the static is paid (11 euros), the presentations in flight are free and the crowd rushes in large numbers from the end of the morning. Like many meetings by the sea, it is the occasion of a family show on the beach, between picnic, swimming and air show.

In addition to the strong Italian presence, the tarmac hosted a Belgian C-130. A German Transall was there with a special decoration as part of its upcoming withdrawal from the Luftwaffe. More unexpected in this part of the Mediterranean, an M-28 Bryza of the Polish Navy had made the trip.

The Maltese Air Force (Forzi Armati Ta’ malta) fielded an Agusta Westland AW139, as well as an Alouette III which is becoming rare in our latitudes.

It was also an Alouette III that opened the dynamic part in the afternoon. The first part of this presentation consisted of a demonstration of the capabilities of the Maltese Air Force. We could see a presentation of a rescue at sea that combined the intervention of a Beechcraft King Air B200GT and an Agusta Westland AW139.

An aerobatic presentation on Cap-21 then took over before one of the attractions of this meeting came to animate the Maltese sky. For all those who were able to attend, the presentation of the F-16 Solo Türk is one of the most dynamic there is. Above the bay of Saint Paul, the Turkish pilot was able to give himself to heart joy to the delight of the spectators.

The Swiss Patrol on Pilatus PC-7 succeeded this frenzied presentation. Swiss rigor and precision have found here the way to express themselves in a finesse aerial ballet. But Swiss neutrality should not make us forget that their pilots are among the most skilful. The demonstration of the Swiss F/A-18 Hornet is a clear proof of this.

Proof of the influence of the Malta International Airshow, it is the crossing point for the presentation teams of the many air forces. Vader, the pilot of the Belgian F-16, had made the trip. Unfortunately he remained grounded because of an electrical problem on his 2 planes. The Rafale Solo Display with its pilot “Schuss” had also made the trip. We were able to enjoy a demonstration full of power and generosity.

And like any big meeting, the final bouquet was the presentation of the Red Arrows. In this country, which was under British rule until 1964, the arrival of the British patrol is full of symbolism. When the Royal Air Force was the bulwark against the daily attacks of Axis bombers, an unbreakable bond was created with the population, like the link created during the Battle of Britain. The applause that punctuated the end of their demonstration proves Malta’s attachment to its history and to aviation.